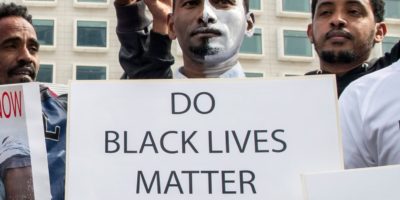 BY KATHERINE NOEL — Bluts Iyassu Zeru is one of thousands of African migrants living in Israel illegally who have been at the center of national debate since the beginning of the year, when the government declared that all “infiltrators” must leave the country by March 31 or face imprisonment. Though the highest Israeli court halted the deportation plan in mid-March after human rights organizations widely criticized it, the Israeli government has remained unwavering in its push to force the African migrant population out. An estimated 38,000 African migrants have crossed into Israel through Egypt’s Sinai desert in the last 5-10 years, fleeing persecution and ongoing conflict. The vast majority of these migrants arrived from Eritrea and Sudan before 2013, when the Israeli government completed construction of a 152-mile border fence.

BY JUSTIN MAFFETT — In February 2011, Abdul Rahman, then a longtime employee of an American food company operating in Afghanistan, was abducted, tortured, and held for 20 days at the bottom of a well by the Taliban, which had grown suspicious of Rahman’s ties to the United States. After his abduction and eventual release, Rahman was granted asylum in the United States. Today he lives in West Haven, Conn. with his wife and two young children. He was placed here in 2014 with the help of Integrated Refugee and Immigrant Services, better known as IRIS, a non-profit resettlement agency based in New Haven, affiliated with the Episcopal Migration Ministries. Now a safe distance from the dangers of Afghanistan, Rahman is comfortable to reflect on his ordeal as a hostage of the Taliban seven years ago.