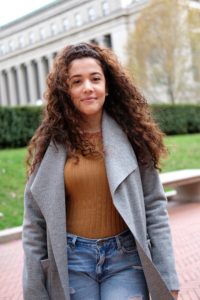 Mirna Alsharif is a master’s student at Columbia University’s Journalism School. Prior to moving back to the States to pursue her master’s, Mirna lived in the UAE for six years, where she earned her Bachelor’s degree in journalism and a Certificate in Middle Eastern Studies from the American University in Dubai. During undergrad, she wrote for her university’s online newspaper and completed internships with CNN’s Erin Burnett OutFront in New York and Conde Nast Traveller Middle East in Dubai. After graduation, she freelanced for StepFeed.com, where she did cultural reporting for an Arab millennial audience. Mirna is passionate about using her background and personal experience to report on social justice, women’s rights, and social norms in the Middle East, topics that are heavily speculated about in today’s world and often misconstrued. 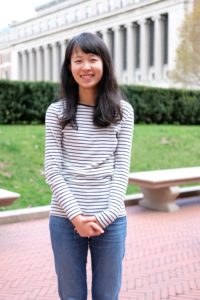 Joy Y. T. Chang is from Taipei, Taiwan. A multimedia journalist based in New York and a M.S. candidate at Columbia Journalism School, she covers cross-strait relations and transitional justice. Twitter: @joytiunnchen 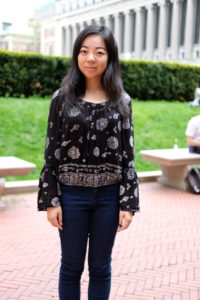 Yilun Cheng, originally from Tianjin, China, is a master’s student in political science at Columbia University. She completed her undergraduate studies at UC Berkeley where she wrote for Berkeley Political Review and published blog posts and research articles for Berkeley APEC Study Center. Before coming to New York, she worked at UN Women Beijing as a digital media manager to raise awareness on gender-based violence in the Asia-Pacific. Right now, her research takes a comparative outlook on democratization trends and ethnic conflicts in developing and newly developed countries. In her reporting work, she focuses on human rights, immigration and other issues pertinent to social justice. 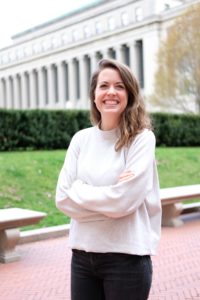 Lauren Harris grew up in northwest Iowa and moved to New York City after nine years in western Michigan. Lauren is currently pursuing a Masters in Science at Columbia Journalism School. Before covering human rights issues for Global Citizens Press, Lauren taught high school English and ESL for two years, then worked for an outdoor education NGO. After years of writing creative non-fiction, Lauren enjoys the challenge of reporting, and she’s particularly interested in writing about politics, human behavior, social media and the things that unite and divide us. 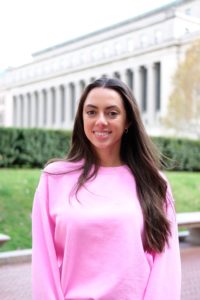 Jordan Kissane, originally from Miami, Florida moved to New York to pursue her Masters degree at the Columbia University Graduate School of Journalism. Prior to beginning her time at Columbia, Jordan earned her Bachelor’s degree in Editing, Writing, and Media from Florida State University. Following graduation, she worked as on- camera talent, covering arts and entertainment, for a Miami- based cultural center. During this time, Jordan was also funded to travel and work abroad as an Assistant Field Producer in Australia. She is passionate about children’s rights, and racial and gender inequality, and hopes that by sharing stories, Jordan will help educate communities and improve the human condition. 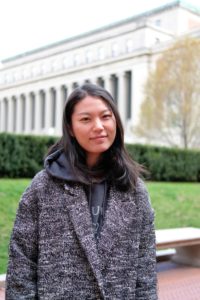 Yeji Lee is a Korean Canadian who’s lived back and forth between the two countries her entire life. Yeji has worked at publications based in Paris, Seoul, and Washington D.C. and specializes in international news with a focus on the Korean Peninsula. Twitter: @jesse_yeji 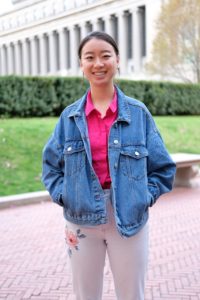 Ronnie Li is a master’s student at Columbia Journalism School. Before moving to New York, Ronnie spent four years in Boston studying at Emerson College for a Bachelor’s degree in Communication Studies and Journalism. During her time in Boston, she worked as a radio reporter at 88.9 WERS, a local radio station in the City of Boston. Prior to that, Ronnie was a broadcast journalist at Brookline Interactive Group, a local media center in the town of Brookline where she reported on some hyper-local stories in the community. Born and Raised in Beijing, Ronnie Li is passionate about reporting on social justice issues, especially on immigration issues as well as racial and gender inequalities.

Giulia McDonnell Nieto del Rio is a master’s student at Columbia Journalism School. She graduated from Williams College in 2018, where she earned a B.A. in Latin American History. She is a print and video reporter focusing on immigration issues. 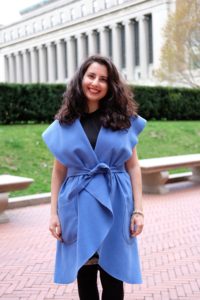 Raisa Ostapenko is a visiting doctoral scholar at Columbia University (SIPA/J-School). A print, broadcast, and investigative journalist, historian, and documentary filmmaker, she splits her time between New York (her hometown) and Paris, where she is pursuing a PhD in Slavic/East European Studies at the Sorbonne. Her doctoral research is focused on the rescue activities, methods, and motivations of ethnic Ukrainian rescuers of Jewish victims of the Holocaust in Distrikt Galizien and neighboring Reichskommissariat Ukraine. Before her PhD, Raisa earned an MPhil in Modern European History at the University of Cambridge and a Double Bachelor’s in History and French Literature at the University of Maryland, College Park. Raisa has worked for the BBC and France 24, writes long-form articles on human rights and international politics for The Cambridge Globalist, and writes academic articles on the topic of her research. She loves Baroque and Classical music, Barnes & Noble, Italy, animals, and trees. Twitter: @RaisaOstapenko 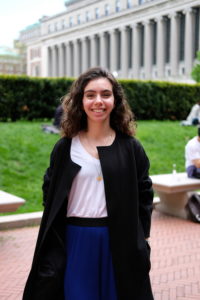 Tamara Saade lived in Beirut, Lebanon, before moving to New York. She holds a B.A. in Media and Communication and Anthropology from the American University of Beirut, where she was also a writer and editor for the university’s weekly newspaper. After graduating, she worked as a freelance journalist and photographer for local publications in Lebanon. In 2018, she joined the Columbia Journalism School to improve her reporting, investigative and photographic skills, alongside her writing style. With a focus on human rights reporting, conflict coverage, and social issues, she will continue reporting on Middle Eastern related topics, to shed light on this area of the world that is often misreported on. 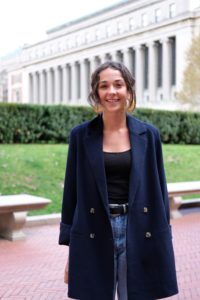 Mira Seyal is a master’s student of Human Rights Studies at Columbia University. Originally from Sacramento, California Mira received her B.A. from California Polytechnic State University, San Luis Obispo in both Political Science and Sociology. Her research covers gender issues, digital privacy and refugee rights. Mira has spent four years working as a crisis counselor for victims of sexual assault and domestic violence and advocating for victims at medical examinations and hearings. She is currently working on her thesis, which looks at how art activists on the U.S.-Mexico border use art installations to define the rights claims of refugees and asylum seekers. 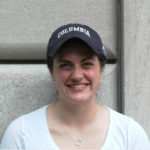 Alison Gondosch, originally from Kitchener, Ontario, Canada, graduated from the University of Arizona with a triple major in Political Science, French and Sociology. She is currently obtaining her M.S. in Negotiation and Conflict Resolution at the School of Professional Studies at Columbia University. Alison is currently interning for The Borgen Project, a national campaign aimed at working with U.S leaders to improve their response to the global poverty crisis in developing areas around the world. 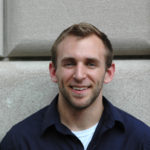 Chris Gelardi is a master’s student at the Columbia Journalism School and assistant editor for Global Citizens Press. Originally from northwest Ohio, he graduated from Villanova University in 2015, where he was also the captain of the cheerleading team. He’s interested in investigative and Arab world reporting and hopes to build a career reporting on American military intervention in the Middle East. 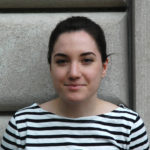 Arijeta Lajka is a full-time M.S. student focusing on gender, politics and conflict. She received a B.A. in both English literature and political science at Wagner College. She has covered politics and culture for the Balkan Investigative Reporting Network (BIRN) in Kosovo and written about international news for VICE News. She covered conferences at the U.N. Headquarters and wrote multiple stories concerning violence, peace and women for U.N. Women, New York. 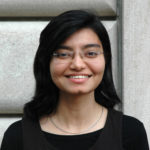 Haniya Javed is from Karachi, Pakistan, where she has reported on social injustice, minorities and NGOs. Currently, she is studying journalism at Columbia University and is interested in education and human rights. 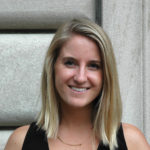 Kylee Tsuru, from Houston, graduated in public relations from the University of Georgia. She worked for a non-profit organization in Zambia and reported on the orphan and health care crisis from its capital city, Lusaka, for two years. She is passionate about children’s rights and hopes to build a career reporting on human rights. LongTale Publishing published her first children’s book, The Golden Crayon. 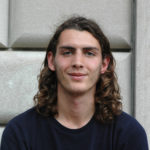 Louis Baudoin-Laarman is a French and Canadian reporter covering human rights for GCP. Before joining Columbia Journalism School, he studied Political Science, Middle Eastern Studies and Hispanic Studies during his undergrad at McGill University, Montreal. He was the head of the news section of his college newspaper, Le Délit, and as such covered the student mobilizations against tuition hikes in Quebec now known as the Maple Spring. He interned at The Daily Star in Lebanon for the local news desk. 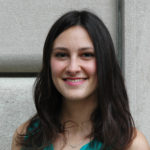 Maria Martinez-Romero graduated in journalism and English studies from the University of Valencia, Spain. She is a Fulbright scholar pursuing a Master of International Affairs at the Columbia School of International and Public Affairs (SIPA). She worked at Levante TV, and in the international news agency EFE. Maria is managing director of The Morningside Post, the online newspaper of SIPA. She is specializing in Economic and Political Development and would like to report on social issues. 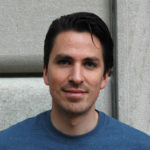 Daniel Berezowsky is a communications strategist, currently pursuing a Master of International Affairs at Columbia University. He has advised prominent decision makers in Mexico, including senators and federal representatives. Daniel’s professional experience has spanned the design of human rights policies, the lobbying of structural reforms and coordinating the speech-writing team for the Secretary of Home Office. He has also directed award-winning films and is a weekly contributor to the Huffington Post. 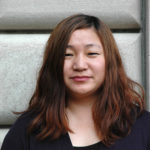 Tenzin Sangmo is a Tibetan journalist, born and raised in India. She received a B.A. in media technologies and an M.A. in mass communication in India. She worked as a travel blogger before joining Columbia University’s Graduate School of Journalism. She is interested in covering human rights issue and plans to pursue investigative reporting. 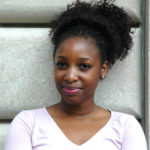 Tanya Nyathi is Zimbabwean, and studied journalism and communication management in South Africa. She worked as a reporter covering social issues for a city newspaper, Pretoria News. Currently, she is a Cabot scholar and student at the Columbia Journalism School. Tanya’s concentrations at Columbia include politics, covering conflict and human rights reporting. She aims to be a conflict and human rights reporter in sub-Saharan Africa. 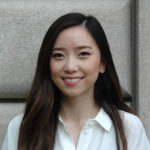 Summer Lin is a journalist from Philadelphia, PA, covering human rights issues for Global Citizens Press. Summer received a B.A. in English and women and gender studies from Boston College. Before enrolling in Columbia University’s School of Journalism, she reported about fashion, entertainment and arts and culture for Boston magazine, Real Simple magazine, TheLoDown.com and her university newspaper. 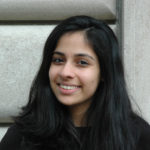 Shibani Gokhale is a legal correspondent covering human rights and law for the Global Citizen Press. She is currently a graduate student at the Columbia Journalism School. Shibani is a law school graduate from India with a special focus on human rights and criminal law. During her five years in law school, she interned at various media outlets, social welfare organisations and law firms and aspires to be a human rights reporter. 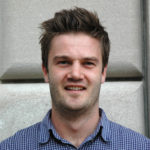 David Jeans is an investigative journalism fellow at the Columbia Journalism School, New York, and reporter for Global Citizens Press. In his home country, Australia, David covered domestic violence extensively and was named a White Ribbon ambassador. He has worked as a journalist across the world and his work has been published by Vice News, Daily Mail Australia and several News Corporation and Fairfax Media mastheads. In Central America, he covered migration and environmental disaster.